A person’s way of living is beyond the corners of a home. We work, develop and deliver opportunities for them to elevate their way of living, their spaces for creativity and productivity and for them to be able to treasure new experiences.

Simultaneously, we thrive for the purpose of growth and expansion by leveraging our best assets and by the dynamism of our corporate body.

To become the most responsive in improving people’s lives through a promising home investment across Region VII by 2030.

Deliver outstanding customer value by ensuring that executions of the value chain are in-placed.

Improve the level of customer experience of at least 90% annually.

Achieve at least one project anually.

We always give our best foot forward by operationalizing empathy, putting action in customer insights, and linkign employee culture with customer outcomes.

Being the best is not enough. A will to win an outstanding result expected to be delivered in everything that we do.

Being upright in thoughts, in words, and in actions while upholding the moral standards.

We work together across boundaries, inspire growth through bold actions

We simply put the sense of worship in our resources by being prudent and economical without compromising the optimal effficiency.

Spirit of Family and Fun

Our culture is our brand. We value openness and encouraging communication viewpoints for a larger pool of ideas and initiativse in the workplace. Teach us and we remember, involve us and we will learn. 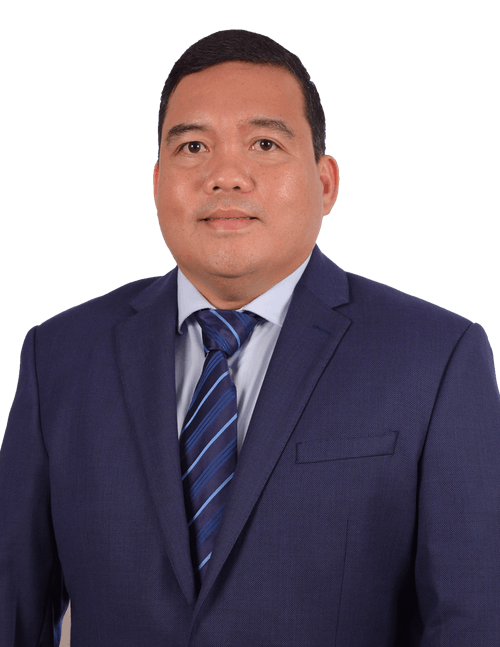 ALFONSO R. DAMALERIO II
Chairman of the Board

MR. ALFONSO “AE” DAMALERIO II is the incumbent Chairman of the Board and a co-founder of Bohol’s prominent vertical Real Estate Developer, Atharra Primeland Development Corporation. His concurrent positions include Chairman of Lockwheel Motors Corporation, and Board of Director of Bohol Light Company Incorporated. Prior to his involvement in the private sector, he has served his impressive years as a public servant in the Province of Bohol, since 1992 up to the present. He earned his Masters in Public Administration and Course on Local Legislation and Development at Southwestern University Cebu and University of the Philippines Diliman, respectively. His early years in public service started in 1992 as a Sangguniang Kabataan Councilor, followed by other youth-related designations, until 1999 as the Provincial Youth and Sports Development Coordinator for Bohol. He was a Political Affairs Officer III from 2001 to 2007, a Provincial Board Member from 2007 to 2010, Provincial Administrator from 2010 to 2019, and currently the Consultant for Investments and Foreign Relations since 2019. His accomplishments and contributions as a Public Servant include, but is not limited to, Initiation and passage of establishing BOHOLYMPICS as the annual sports program of the Province; Prohibiting the possession, for commercial or business purposes, of the Philippine Tarsier outside its natural habitat or from the Philippine Tarsier

Sanctuary; Recommendation for the creation of the TaRSIER 117 (Telephone and Radio System Integrated Emergency Response) as the emergency responder and operation center of the PDRRMC, including the authorship of its further capability enhancement and disaster preparedness towards Local Emergency Units. In pursuit of professional advancement, he participated in various Local and National Conventions on Youth, Sports, Leadership and Environmental programs and was sent to various International Immersion Programs on Eco-Tourism, Political, Environmental, Investment, and Socio-economic. He is also an active member and a former functionary of several civic and other organizations which includes Provincial Administrators’ League of the Philippines, Provincial Board Members League of the Philippines, Community Investigative Support – Bohol, Junior Chamber International, Bohol Medical Care Institute, Kapisanan ng mg Broadcaster ng Pilipinas, Radio Emergency Communications Operations Network, and 702nd Bohol Community Defense Center among others.
See More 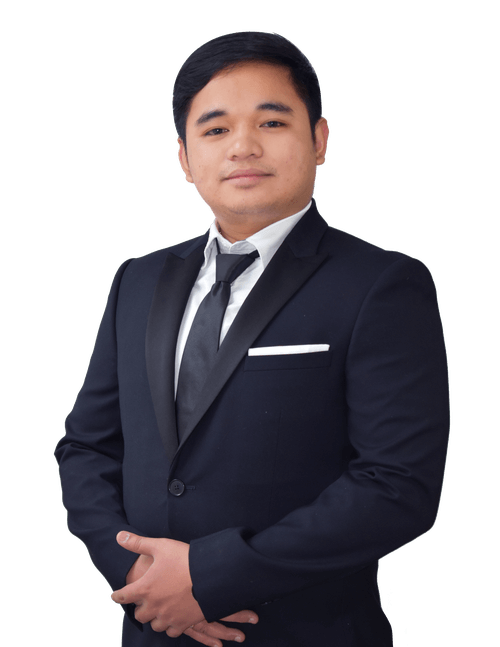 MR. GODFREY S. DIGAL is a Real Estate Broker by profession who earned his license in 2014 at the age of 23 and hailed as one of the Topnotchers during the March 2014 Real Estate Brokerage Licensure Examination. He is one of the high performing Real Estate Service Practitioners during the early years of his career, and garnered several distinctions from various organizations. Several years after, he have found passion in real estate development. Hence, in 2018 he co-founded the leading and a pioneer in local vertical real estate development in the Province of Bohol, Atharra Primeland Development Corporation, which offers vertical real estate products from hybrid condominium-hotel to residential condominium. He currently holds the position of President of the said Company. Years prior to the establishment of Atharra Primeland Development Corporation, he co-founded and holds directorship in other promising real estate and construction Companies in Bohol, namely Atharra Residences Incorporated, in 2016; Young Urban Property Professionals (YUPP) Inc., in 2015; Construction Experts and Outstanding (CEO) Builders Incorporated, in 2016. Concurrently, he holds the position of President of Amira Land Development Corporation, in which he co-founded in 2017. Prior to his Real Estate career, he earned his bachelor’s degree in Computer Engineering at Silliman University. Now, he consistently widens his professional 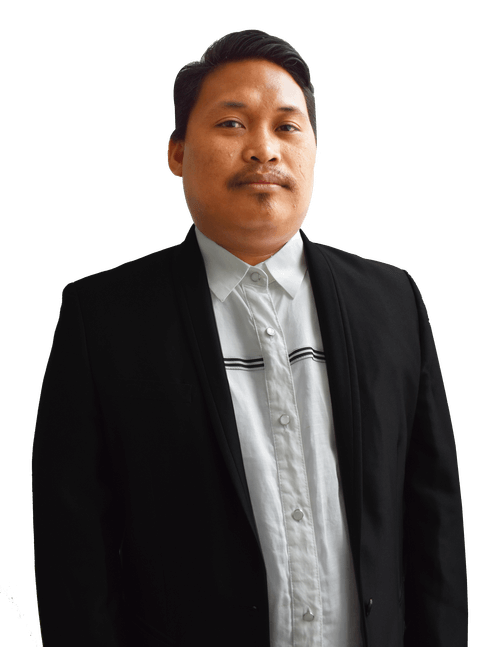 ALEXANDER B. ZAFRA JR.
Director and VP for Operations

MR. ALEXANDER B. ZAFRA JR., is the incumbent Vice President for Operations of the leading and a pioneer in local vertical real estate development in the Province of Bohol, Atharra Primeland Corporation. He also sits as a Member of the Board of the said Company alongside other partner Real Estate Companies, namely Atharra Residences Inc., Amira Land Development Corporation, and Young Urban Property Professional Incorporated (YUPP). He currently holds the position of President of Construction Experts and Outstanding Builders (CEO Builders), a Company that engages in designing and building residential houses and commercial buildings, including home and office improvements. He finished his Real Estate Management Course from the National Real Estate Association, Inc. in Cebu, and has been in the real estate sector for more than ten (10) years. He is also a recipient of Executive Certification in Advanced Financial Statement Analysis in April 2021, conducted by Institute of Financial Consultant in the Philippines. He continues his pursuit of knowledge acquisition and competence enhancement programs crucial to the performance and delivery of his strategic functions. Among these programs are Strategic Planning, Operational Planning, Strategic & Innovative Leadership, Operational and Functional Planning, and Business Administration. He holds a bachelor’s degree from Silliman University and his current affiliations

For some, creating an effective workplace and team management can be tricky and challenging, but not here in Atharra Primeland.
This is how we create a fun work environment. We, as an organization, interact with synergy, fun, learning, and communication.
We have a clear vision on our goals, and we apply our values and culture to define success. 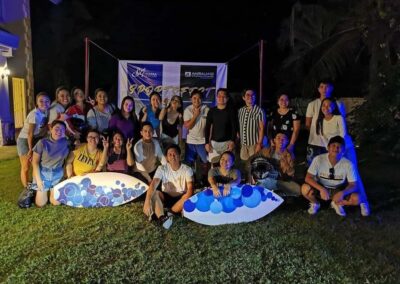 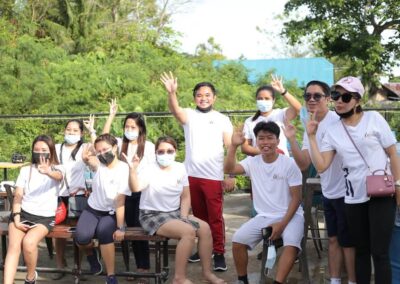 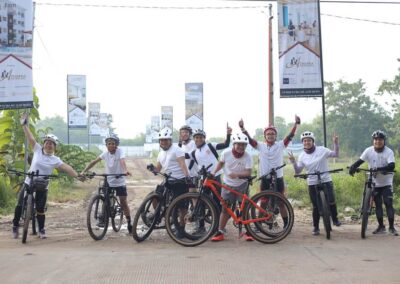 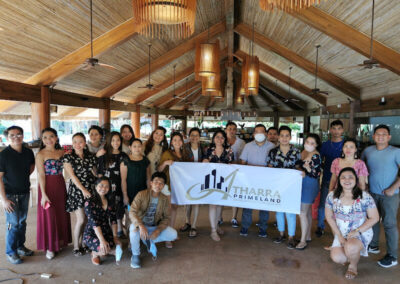 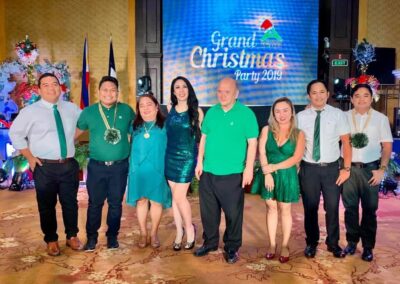 In the midst of a challenging real estate environment, Atharra Primeland remains concentrated to thrive for the purpose of stellar growth and
to adhere to constant innovative prime.

Nothing beats the feeling of one-step ahead. 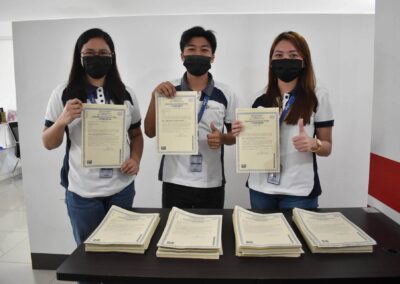 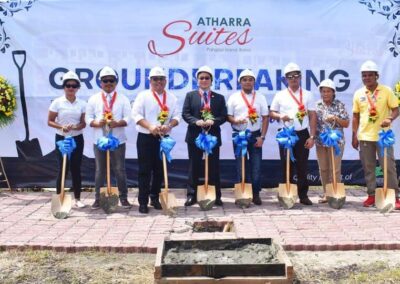 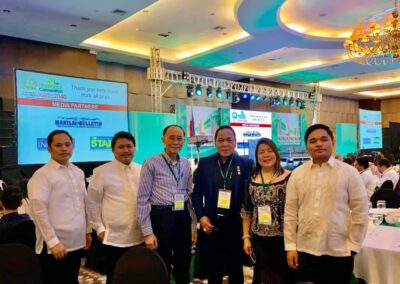 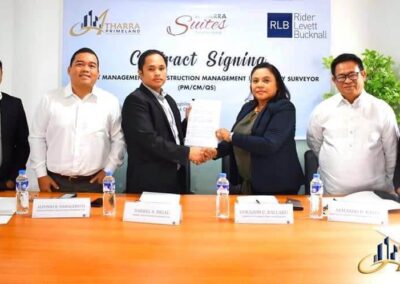 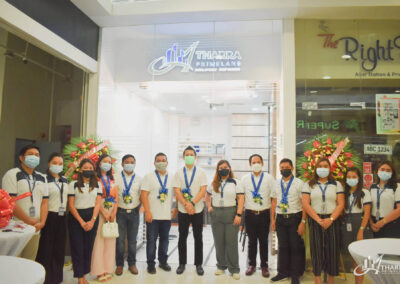